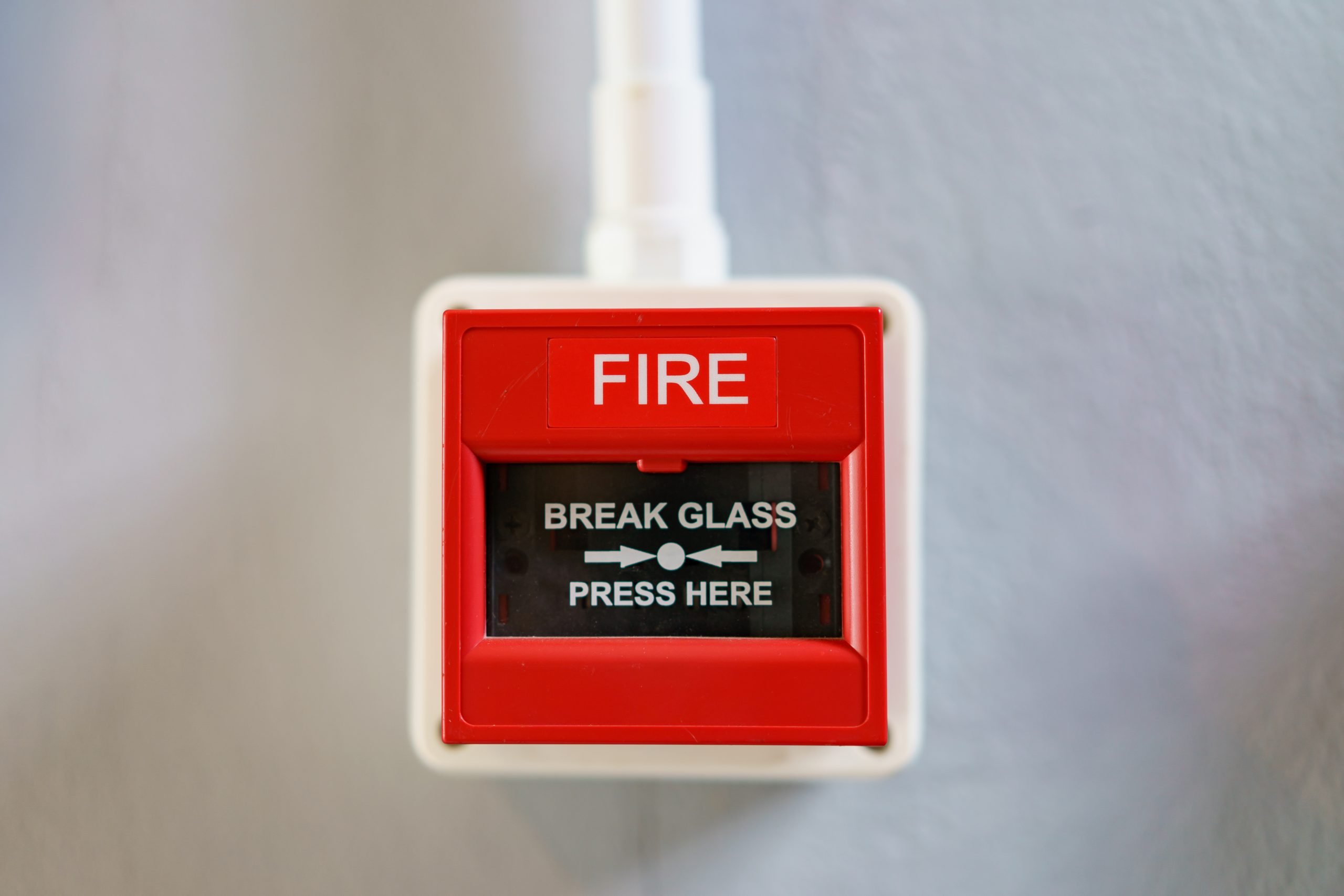 What is a Fire Alarm Control Panel?

For many of us, a fire alarm is something that simply exists somewhere in the internal workings of public buildings. We do not think much about how a fire alarm works, we just know it is in the building, and we respond when it goes off. But a fire alarm is in fact a complex system that is controlled by a fire alarm panel.

The fire alarm panel is essentially the brain of the fire alarm system. Fire alarms come in many forms. They range from simple smoke alarms as we have in our homes, to large-scale systems that are tied to emergency responders and have complicated sprinkler systems built into the system.

What is a Fire Alarm Control Panel?

A fire alarm control panel (FACP) is simply the central control component for a fire alarm system. The panel is designed to receive information from all points in the fire alarm system, and it is programmed to set in motion specific responses. These responses include notification of the fire department and other emergency responders, activating sprinkler systems, and activating alarms.

What does a Fire Alarm Control Panel do? 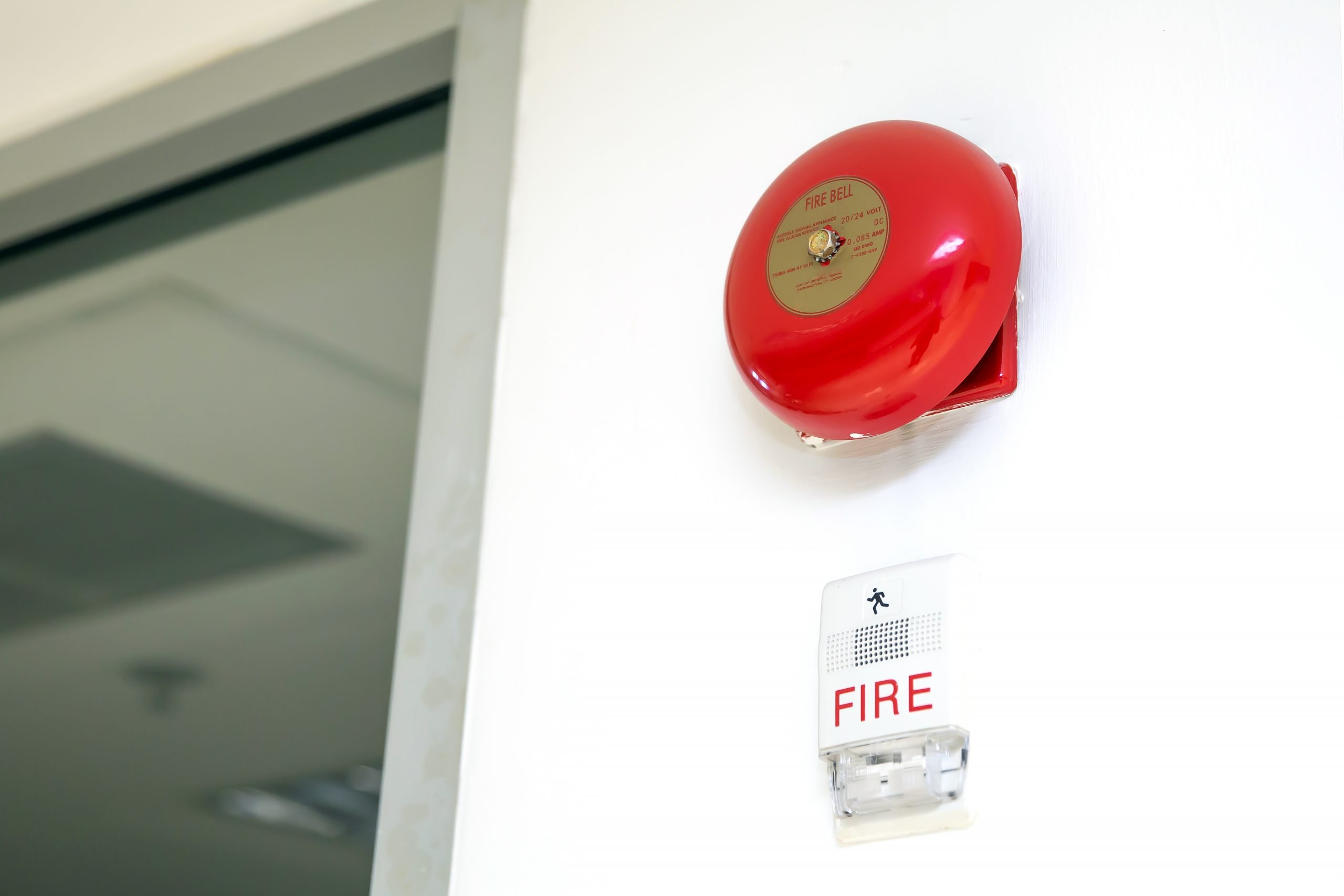 There are five key elements to a fire alarm control panel. These include:

Fire alarm control panels contain a number of auxiliary devices like visual LED indicators that show exactly where a fire has broken out, electromagnetic door holders, fire doors, elevator captures, and shutdown procedures. In the event of an actual fire, there are many steps that need to be taken to ensure the safety of occupants and to contain the fire. Shutting down elevators and locking doors open ensure the safety of occupants. Fire doors and containment systems prevent the spread of the fire.

There are four types of fire alarm control panels. These include coded panels, conventional panels, addressable panels, and multiplex systems. Each serves the same basic function, but each has its place for various uses.

This is the oldest type of fire alarm control panel. The panel and each point in the fire alarm system are coded to correspond to each other based on specific detection devices. For example, if an area numbered 1 detects smoke or fire, this would correspond to a specific code on the control panel that put in motion the alarms and fire containment procedures. Each area is coded to allow control from the central panel over that area’s alarms, containment devices, and auxiliary devices. These are still found in old wings of hospitals, for example. Coded panels are not common anymore as newer and more sophisticated systems have allowed them to be phased out.

Conventional panels have also been around for many years. These are not in use as frequently as they once were, but they remain in some older buildings such as small schools, restaurants, and apartment buildings.

The conventional alarm panel utilizes circuits that are wired to one or more detection devices. Heat detectors, smoke alarms, duct detectors, and manual pull stations are all wired into the central conventional panel. Once any of these detectors and sensors produce circuit resistance in the central panel, the fire alarm system will be activated along with alarms, lights, and in some cases sprinklers.

Conventional panels can be quite sophisticated even though the older systems are not necessarily controlled by a computer system. The circuit systems are set up with complex sets of connections to allow for complete monitoring of the building and complete deployment of the fire alarm and control system.

This is something of the transition between conventional panels and modern computerized systems, Multiplexes control the entire fire alarm and control systems. They can also be wired directly into the entire building through the HVAC system which makes them more solid and reliable than conventional systems.

Addressable fire alarm panels can detect fire and smoke and pinpoint the precise location better than any other fire alarm panel. Using microprocessors to control the system and in the detection points throughout the system, addressable panels respond to any sign of fire before it becomes a problem. Emergency responders will use the addressable panels to determine the best ways to approach an emergency. The entire system is essentially a micro-computer that processes signals from detection sites with maximum accuracy. 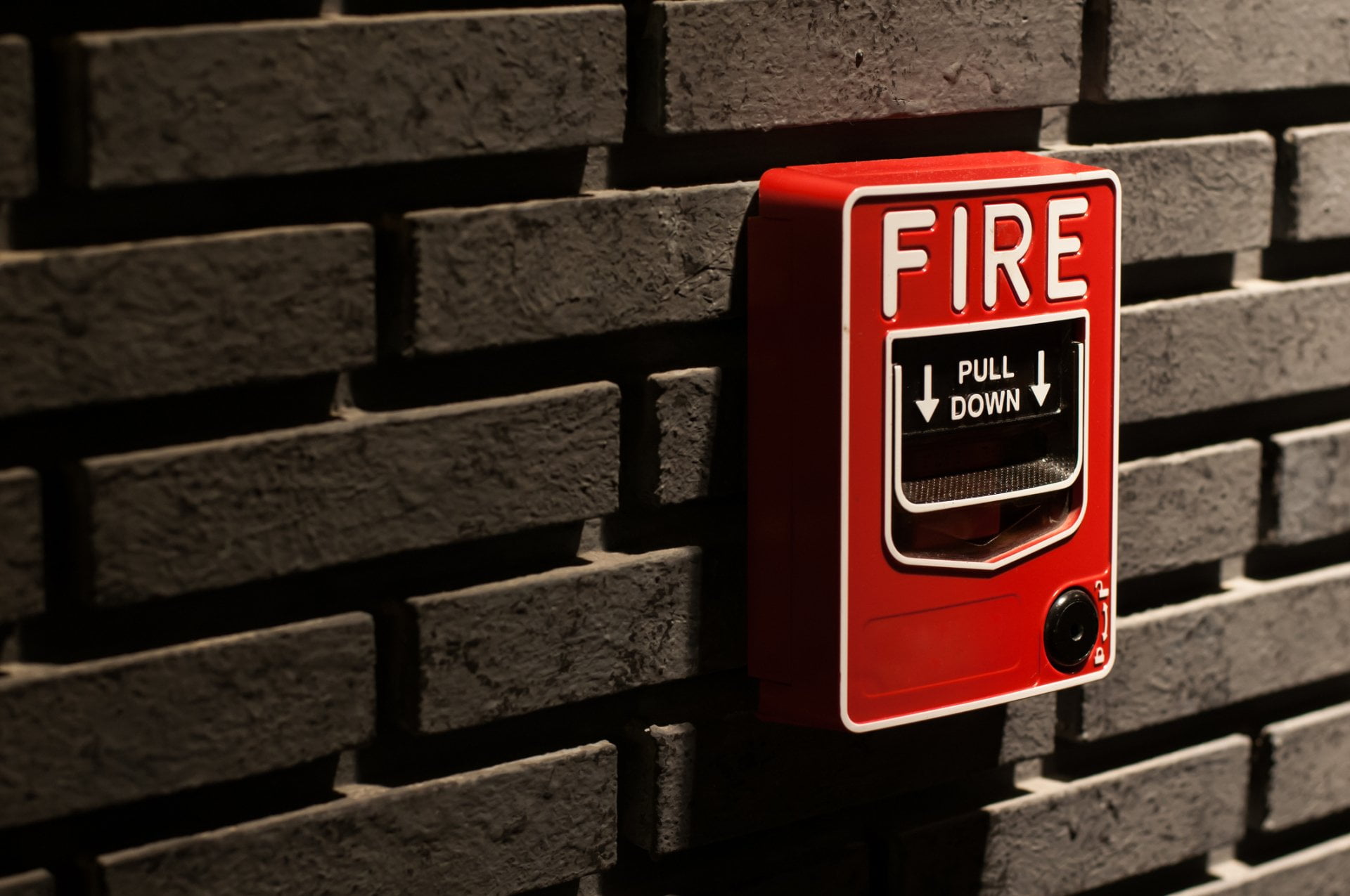 A fire alarm control panel will provide three types of signals to alert operators and other personnel of different types of issues that require attention. Because the system itself must be monitored as well as the potential fire hazards it is there to control, different signals designate specific issues.

This is just what it sounds like. Alarm signals are bells, horns, sirens, strobe lights, and other forms of alarms that signify an emergency. Whether smoke, heat, or fire, the alarm signals are meant to alert everyone that they need to respond to a real emergency.

These signals are designed to alert system operators to a problem with the system itself. Since the control panel can only provide safety if it is in working order, any problem with the panel will set off a supervisory signal. These are most often yellow lights on the control panel that designate things like power failures, valve problems, or pressure problems in things like kitchen hoods. Modern panels provide a digital signal that provides details of the problem.

These alert operators that there is some kind of failure within the system. Power failures or connection failures will trigger a trouble signal. These need to be addressed immediately to keep the system working.

The system works as initiating devices such as smoke detectors, fire detectors, or pressure monitors are activated. No matter the type of control panel, these devices will send signals to the fire alarm control panel.

The control panel is set up to begin alarm mode. This will sound horns, bells, strobes, or other types of clear signs that fire has been detected. The control panel may also be set up to automatically shut down elevators and control certain types of doors in areas that can be sued to control the spread of fire.

In the next step in the process, the control panel will alert emergency responders. Modern fire alarm control panels are equipped to automatically send messages to fire departments. This is effectively the same as a 911 call.

Modern fire alarm control panels have computer-programmed systems in place to activate alarms and help guide occupants safely out of the building. Track lights and other signs can be activated so people know exactly how to exit safely. These same systems send detailed messages to authorities so they can be prepared to respond properly.

What is a Fire Alarm Control Panel? A fire alarm control panel (FACP) is simply the central control component for a fire alarm system. The panel is designed to receive information from all points in the fire alarm system, and it is programmed to set in motion specific responses. These responses include notification of the fire department and other emergency responders, activating sprinkler systems, and activating alarms.

What does a Fire Alarm Control Panel do? A fire alarm control panel is a central site through which detection, alarms, and emergency response can be initiated in order to minimize or eliminate the danger. The fire control panel controls alarms, detection devices, and communication. These control panels also include signals that flag any problem within the system itself.

What are the four types of fire alarm control panels? These include coded panels, conventional panels, addressable panels, and multiplex systems. Each serves the same basic function, but each has its place for various uses.

At Helios Security Systems we specialize in providing state-of-the-art security systems for our residential and commercial clients. We’re your #1 alarm company in Miami. We can provide the most secure video monitoring systems and alarms to make your home safe from any emergency.

Helios provides services and systems such as Miami security alarms and CCTV. Helios can also help you with fire alarm control panel systems

These systems will immediately and automatically connect to the police, fire department, and EMTs even while you are away. Everything is fully automated. You can remotely control all smart home devices in Miami with your smartphone. We offer services for both commercial and residential clients.

Helios Security Systems has a team of professionals trained to help monitor your burglar alarm system. These are alarms that are the industry UL standard installed, maintained, and monitored by professionals who understand how to respond in the event of an emergency. We serve Miami and South Florida. 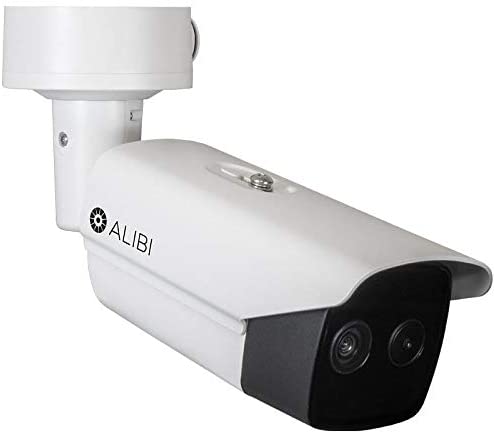 Schools are expected to be among the safest places around. Security at schools needs to be flawless. This is why school security cameras need to be among the best and most effective available. When it comes to the security of schools, there is no room for cutting... 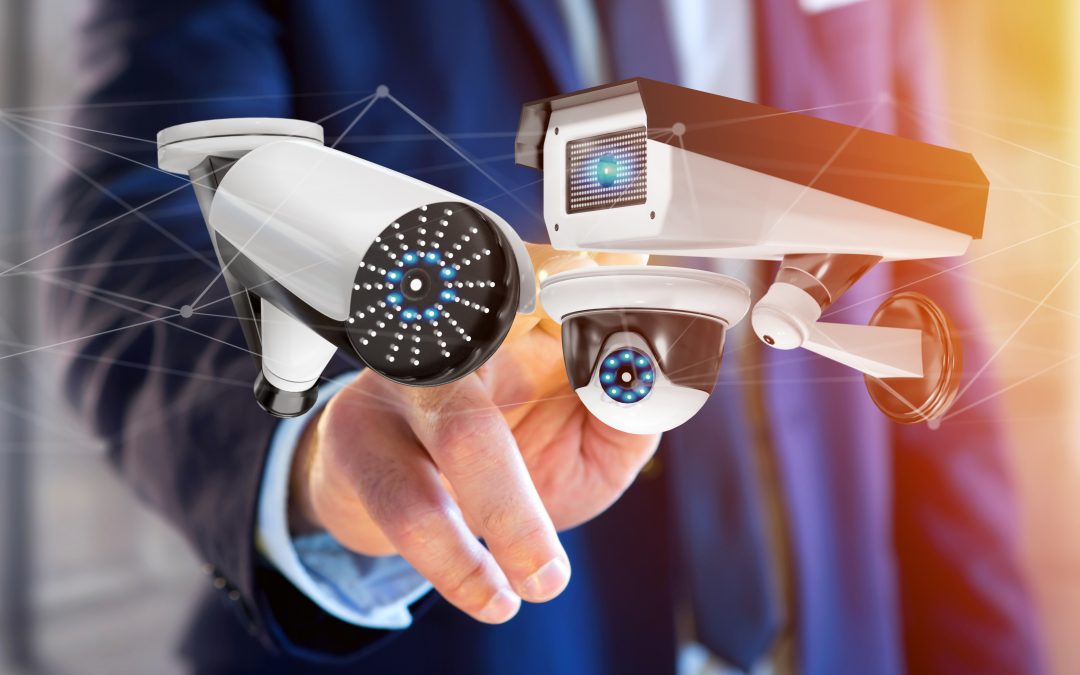 Managing your warehouse gets increasingly more difficult the larger it gets and the more stock you maintain. Keeping an eye on the entire range of your warehouse and everything in it is a daunting prospect. Warehouse camera systems operate as extensions of your eyes... 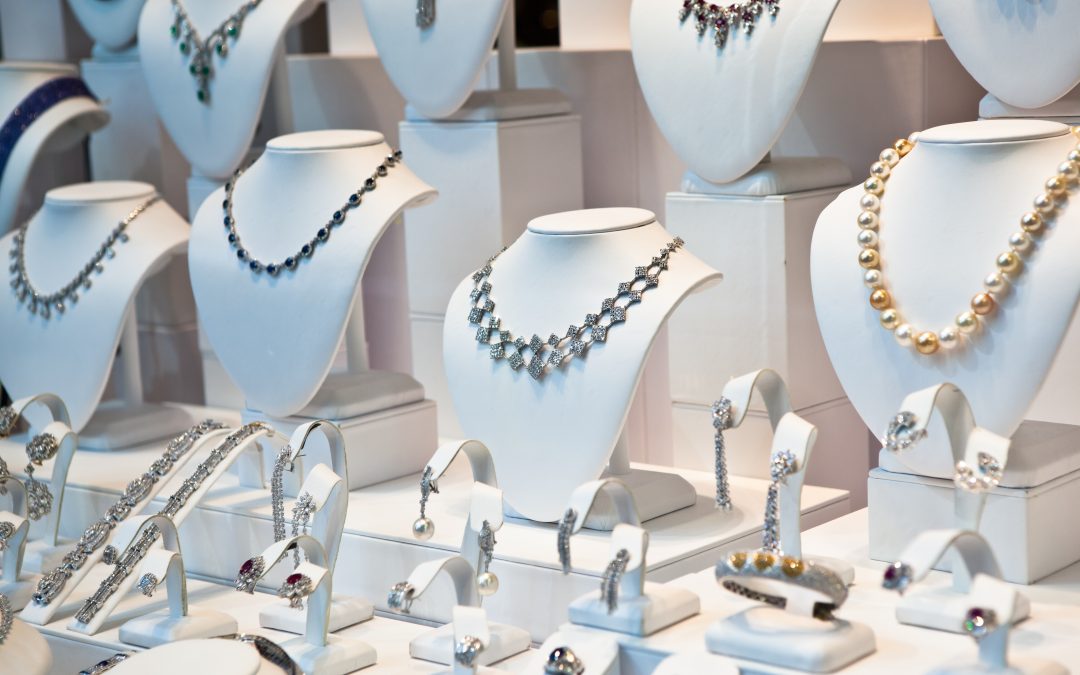 Jewelry store in Broward County has a lot to offer all of their customers in sunny Florida. But a jewelry store is unfortunately also a target when it comes to theft, break-ins, and other forms of crime. Protecting your products and the people inside is a must.  This...

Protect your home & business with Helio’s.

No mimics, just the best service for your security needs.

Speak With Us Now
COVID-19 update: See the steps Helio’s Security Systems is taking to keep you and your family safe. Learn more